With the current COVID-19 disruptions, we are operating with minimal staffing but still able to process and ship most online, phone and mail orders within one to two business days.  We follow CDC and Washington state suggested best practices, and are fortunate to have a work environment that is easily cleaned with good social distancing. Our retail store in Bothell, Washington is closed until Washington state allows us to re-open.

The worldwide pandemic has affected our ability to keep some products in stock.  This past week we finally received a large shipment of Akubra hats, some of which were originally expected back in January.  Delayed by global shipping disruptions, we were very pleased to have these hats!  We still have a few outages, awaiting our next shipments, but most styles are well stocked, including the Kiandra.

Spring is here, and with it Panama hat season.  Unfortunately our spring order has been delayed by the COVID-19 closures and we are out of stock of some sizes, in particular of our Darwin Panama, a customer favorite.  We hope to receive these hats mid-May.  Orders can be placed now – we will keep you updated if further delays occur and won’t charge your credit card until we ship.  If you have immediate need of a Panama or straw hat, please consider our Gambler Panama, the Vented Panama and Featherweight Panama by Mayser, and Akubra’s Hemp Balmoral.

We thank our vendors, many like us small, family-owned businesses, for adapting to these unprecedented times. And we thank you, our customers, for your patience and understanding. We hope life gets back to normal soon.

One of our favorite places to advertise our Cavin Richie Wildlife in Bronze jewelry is Living Bird. It is produced by the Cornell Lab of Ornithology. The Autumn 2019 caught our attention with an article entitled, “3 Billion Birds Lost.”

According to research published online in September by the journal Science, wild bird populations in the continental U.S. and Canada have declined by almost 30% since 1970. While all six major biomes in the US saw a bird population decline, the largest percentage occurred in the grasslands, where there was a 53% decrease.

If you are interested in learning more, or making a donation, please visit Cornell’s Bird Lab homepage.

We have received news that Phillip Hawk, the craftsman behind our bridle leather belts has passed away.

As an expert saddler/shoe maker, Phillip made our belts for many years, before passing the tradition on to Danny Whitaker. We were always proud of the extreme care and workmanship he put into each belt.

Our condolences to the family.

After selling hats in downtown Seattle for 84 years, the Byrnie Utz store closed its doors in September, 2018. For anyone interested in the details, The Seattle Times ran a story last year. Link here.

They were a wonderful company that sold Akubra hats along with many other brands.

Recently we obtained some of their remaining stock. We’re able to offer these hats at sale prices. They are limited to stock on hand. Browse the hats to see if you can find one that fits.

We also received some very interesting antique items that reveal the world of hatselling. 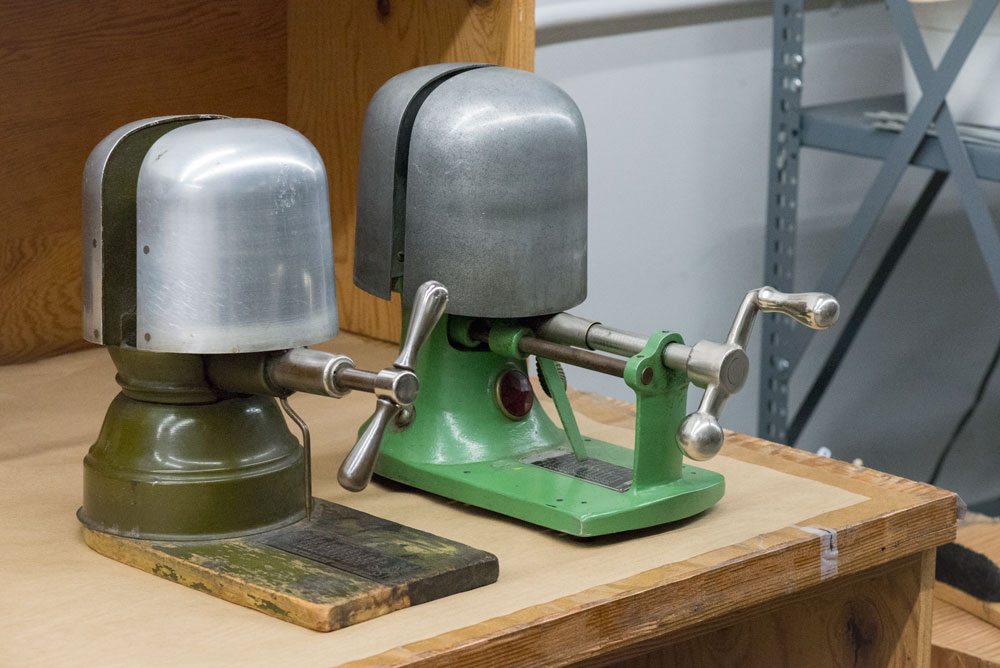 The hat stretcher will stretch a hat about a half of a size. Any more than that and you will damage the hat. 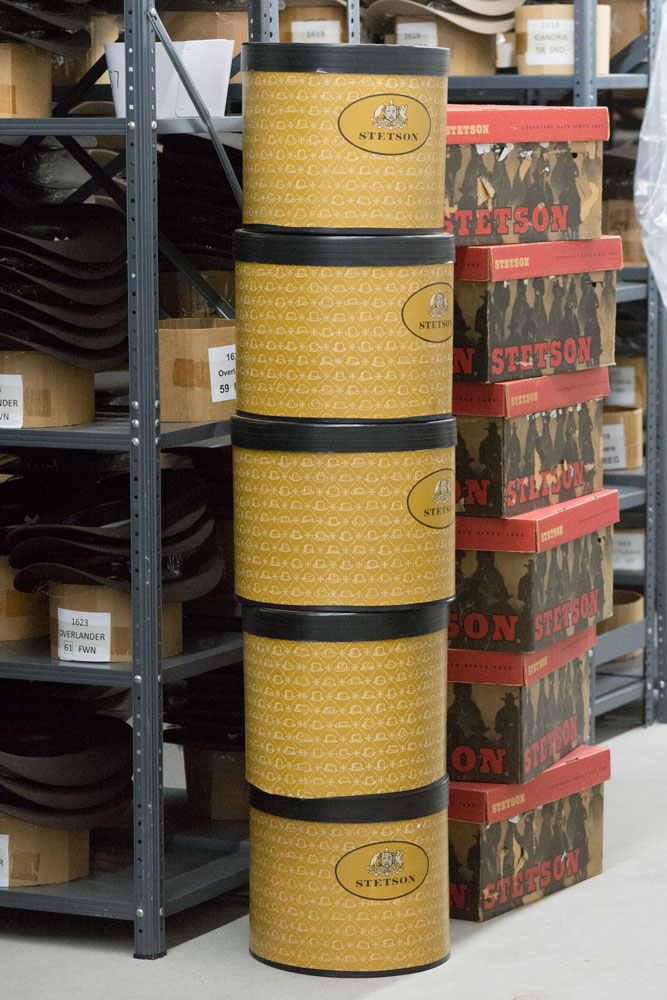 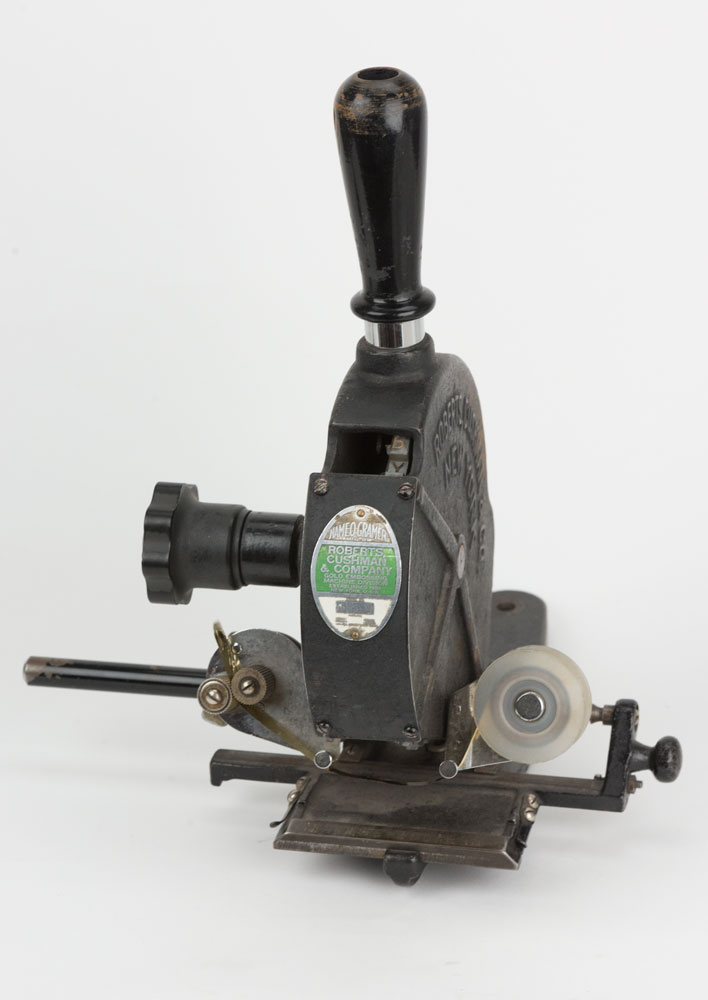 The gold embossing tool was used to print the name of the hat wearer. Since hats were worn by nearly everyone prior to the 1960s, it was easy to get yours lost among the others, especially in a restaurant or any place with a coat check. 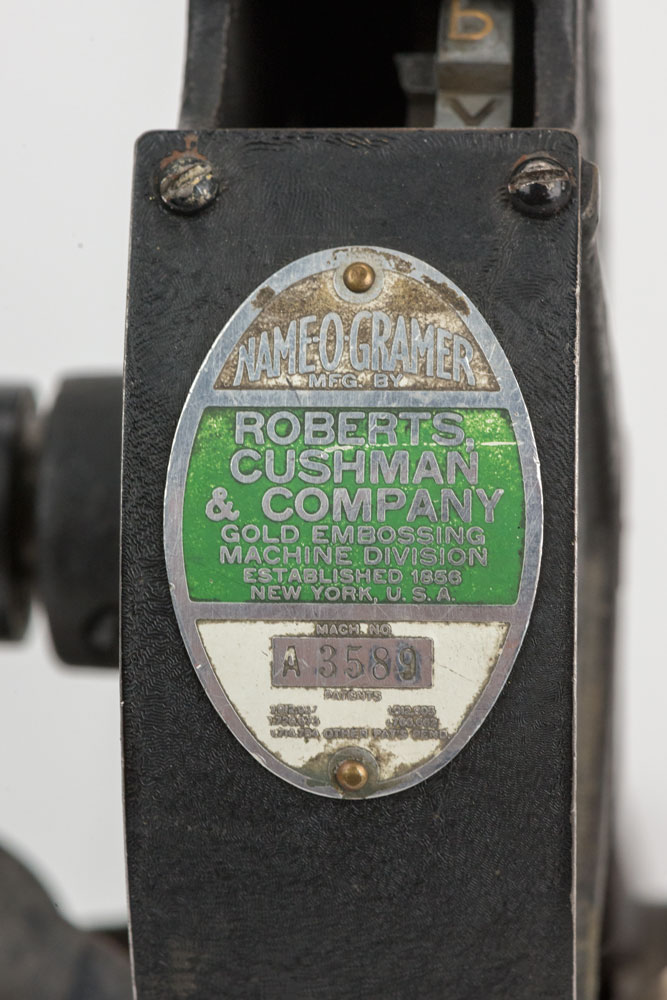 Closeup of the embossing tool

A closeup of the embossing tool reveals the name: The Name-o-Gramer.

We’ll miss Byrnie and the part of Seattle that has been rapidly disappearing for the past ten years.

Dewi Sant was a Celtic monk of the sixth century. His mother was Non. The ruins of a small chapel dedicated to her memory may be seen near St. David’s Cathedral.  His father was Sant, a son of Ceredig, King of Cardigan. Little is known for certain about Dewi Sant, but he founded several religious centers in Wales and western England, was consecrated archbishop during a pilgrimage to Jerusalem, and led an ascetic life. An account of his life was written towards the end of the 11th century by Rhygyfarch, a monk at Llanbadarn Fawr near Aberystwyth. Many prophesies were said to have preceded the birth of Dewi Sant, and many miracles were attributed to him. One miracle often recounted is that once when Dewi was preaching to a crowd at Llandewi Brefi those on the outer edges could not hear, so he spread a handkerchief on the ground, and stood on it to preach, whereupon the ground swelled up beneath him, and all could hear. A short account of Dewi Sant has been given by Nona Rees in St. David of Dewisland.

We are pleased to offer the following Welsh and Celtic information and items: 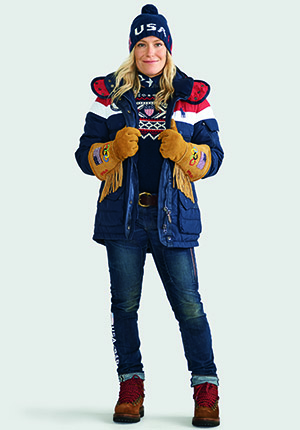 The US Olympic Team’s official uniform at the Winter Games includes fringed gauntlets by Ralph Lauren. These gloves have been a staple of the West for over a hundred years, when they were obtained by trading with the Indians. Our gauntlets are made of deerskin by the Geier Glove Company. Geier has been making driving and work gloves here in the state of Washington for over 70 years, and more recently moccasins. Their leather gloves and moccasins are known throughout the West for quality in fit and wear. Full-grain deer, goat, kangaroo, bison and elkskins are used. And, they are made in the USA! 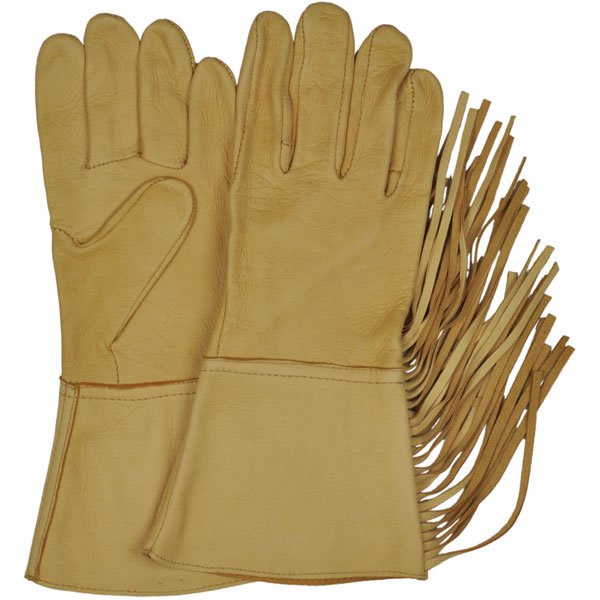 Our retailer, Hatwrks held a special event during Nashville’s famous Americana Music Festival.  Guests throughout the world came to perform and listen to great music.

Along with hosting a bunch of great musicians, Hatwrks also served up some hot chicken and bourbon. Nashville’s own custom boot maker, Wes Shugart held a trunk show.

Looking at the pictures on Facebook, it looks like this was a successful event. Take a look and see who performed.

Here is a link to the Americana Music Festival: 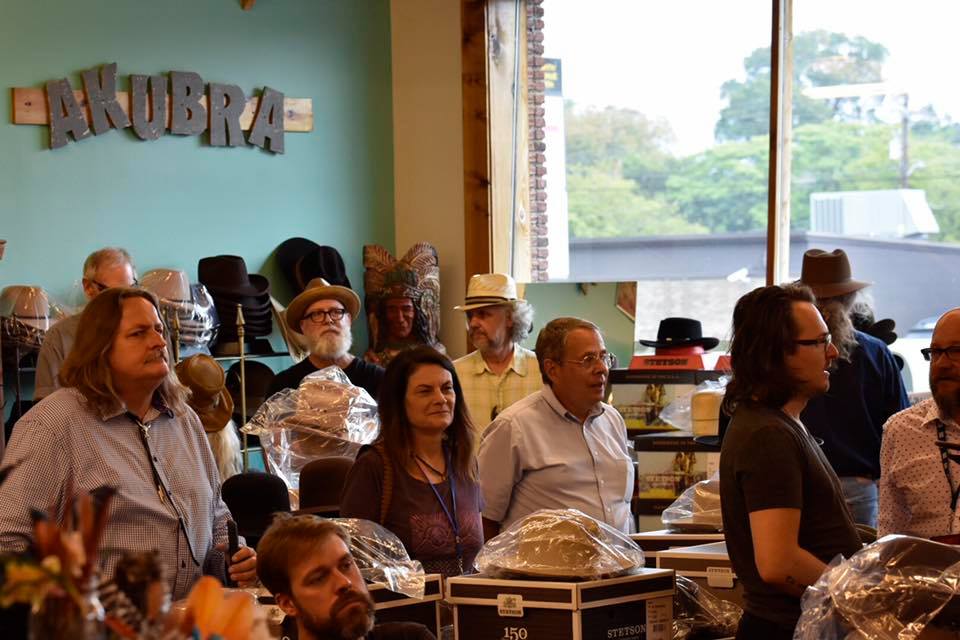 Hatwrks held an event during the Americana Music Festival.

There is good news for sea turtles. A comprehensive study of sea turtle nests around the world found a significant increase in turtle numbers. Over the past 16 years, counts were taken at sites that included Australia, Africa, Asia and North and South America. Scientists studied 299 nesting areas and found significant increases at 95 sites and decreases at 35 sites. It is a success story for conservation efforts.

The reasons for the increase includes the protection of eggs, females and a reduced bycatch. There is still much to worry about, however. There are still decreases in some areas, and some of the traditional nesting sites are disappearing.

You can read the whole article here. 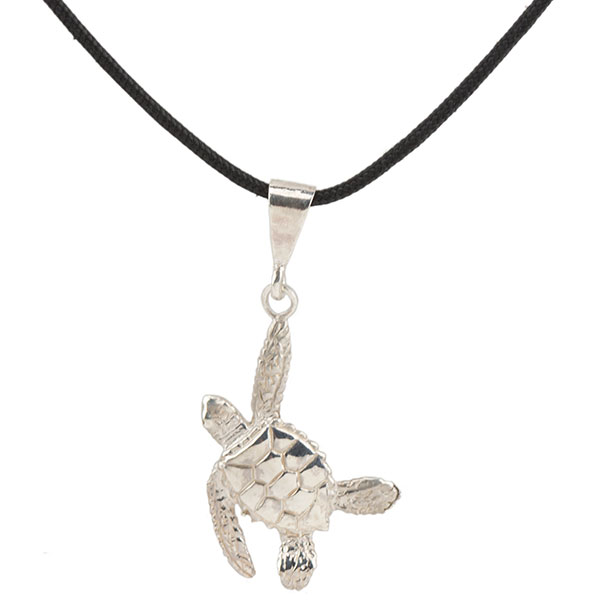 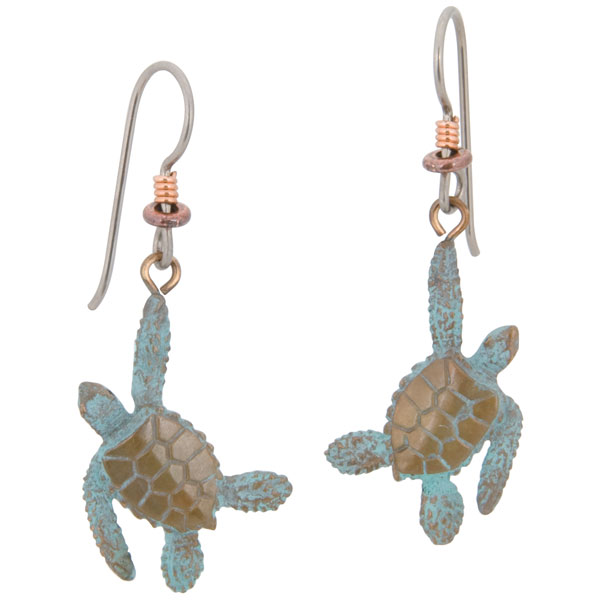 July 1st celebrates the repeal of Proscription. In 1746, after the Battle of Culloden, the Parliament of Great Britain enacted Proscription to assimilate the Scottish Highlands. The Dress Act was part of this Act and made wearing the Highland Dress illegal. No Scot was allowed to wear their clan’s tartan or kilt. Over thirty years later, on July 1st 1782, the Proscription Act was repealed and Scots could once again display their tartans.

If you have Scottish ancestry, this is your day to proudly wear your clan’s tartan. 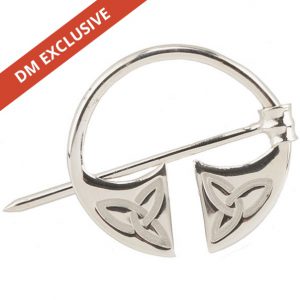 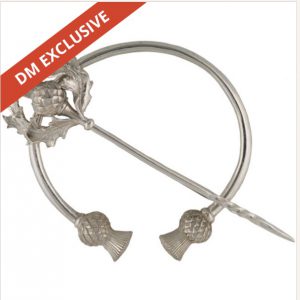 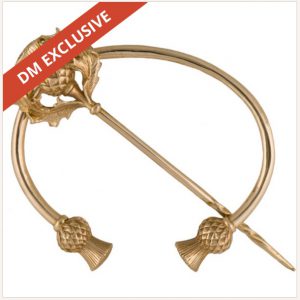 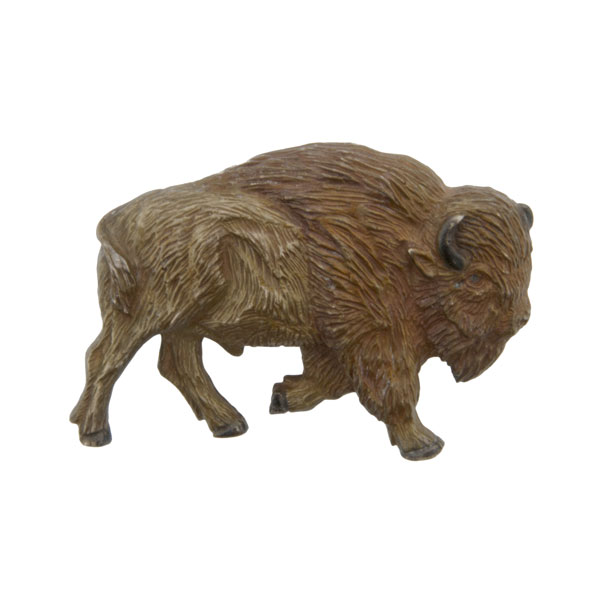