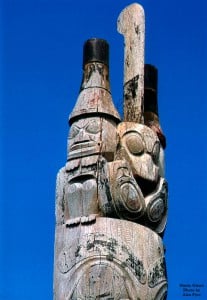 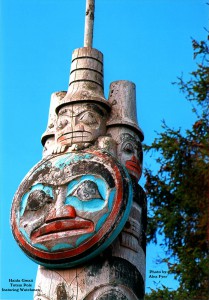 We customized this Pilbara with a pinched telescope crease and some brim curl. Please note that we do not bash pre-creased hats like the Pilbara as part of our shaping service. You may wish to watch our other creasing videos to help you learn how to put this shape in a Pilbara yourself.

The Western and English Sales Association convention in Denver was a tremendous success. This year, Alex and Mike took reins of the booth. They met a few of our vendors and met some new wholesale customers that we’ll be excited to do business with. 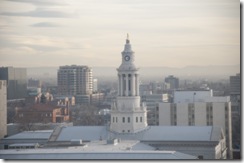 Denver from the hotel room.

It’s a cold day for those of us from Seattle! Temps down to zero at night. 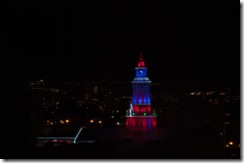 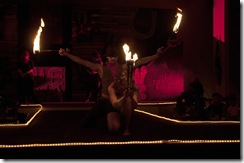 The fashion show begins with a fire dance. 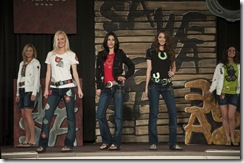 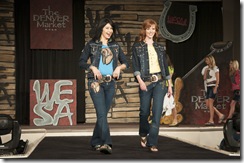 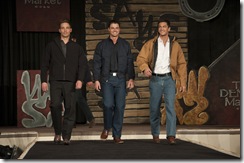 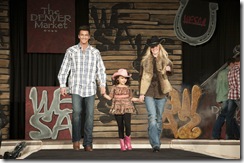 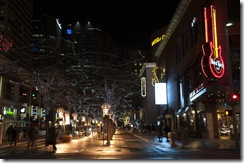 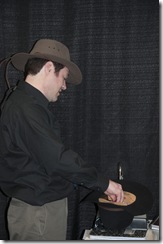 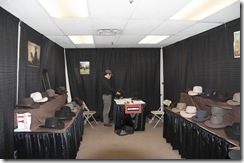 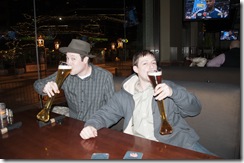 Just one beer will do 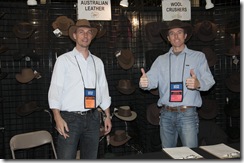 Edward Strozier and Will Conner from BC Hats 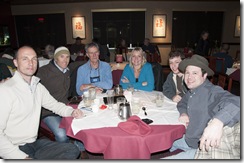 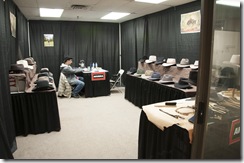 Last fall we posted that Oprah would take an adventure to Australia. (See below.) We speculated that she was wearing a Cattleman.

Recently the Washington Post spotted her with Ralph Lauren at his ranch in Telluride, Colorado. She is indeed wearing a Cattleman. The color is regency fawn.

This December Oprah will go on an adventure to Australia with 300 of her fans.

We’re sure she’ll have a great trip, after all, she’s already got her hat. Speaking of hats, is that an Akubra Cattleman that she’s wearing? 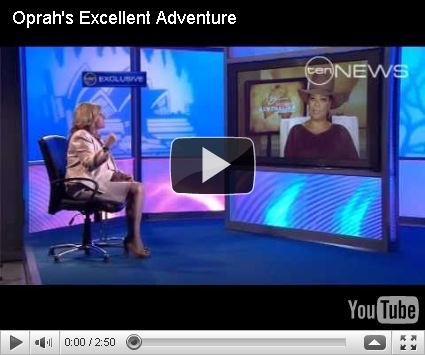 Recently, the David Morgan Company was featured as a question on Cash Cab.  Here is the question and answer as recorded on the website Livedash:

00:00:58
Since 1981,the David Morgan Company has crafted 38 kangaroo-hide bullwhips for the use of what Harrison Ford on-screen archeologist?

It’s always fun to see a pop cultural reference to our company!

American Cowboy recently issued a Collector’s Edition dedicated to John Wayne. Page 46 features a picture of Wayne in traditional western gear. They then list all of the places you can purchase similar items today. We are pleased that American Cowboy recommended David Morgan’s own Edge Ridge Hat Band. The article was written by accomplished Western Stylist Thea Marx.

All of our braided hat bands are made of kangaroo leather. Besides being one of the strongest leathers around, kangaroo leather is also supple and light. Not only do we use it for our hat bands, but also for our chin straps and whips. 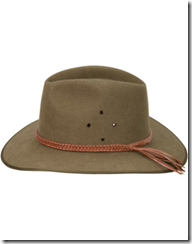 We know Akubra means quality. But nothing speaks better than personal testimony.  We received this story from Mr. Gordon McDonald, whose Akubra experienced a trial of Biblical proportions.

I just wanted to tell you about the fantastic quality of your Akubra hats and an interesting story.

Last year my family and I moved to Jerusalem, Israel to attend university.

I purchased one of your hats for both style, quality and the brand “an Australian icon”. 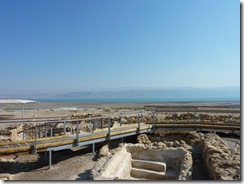 Last January, while visiting the ancient site of Qumran ( the home of the Dead Sea Scrolls ) I lent my Akubra hat to my wife, as it was quite chilly. Well within twenty minutes a gust of wind blew it off her head and landed in the deepest cistern (well) at the archaeological site. Probably about 15-20 metres deep.

The park/site authorities had no means of getting my beloved hat out of the cistern.

It rained several times throughout our winter months and sustained temperatures of +40C (104 F).

As I visited the site a few times, I noticed my Akubra hat would rise and sink a few inches, mainly due to water collecting when it did rain.

Finally, eight months later, I got a fishing line, 3 barbed fishing hook and a sinker and retrieved my hat.  It was covered with all sorts of dust and dirt.

When I came home, I used my trusty Miele vacuum cleaner to remove the dirt as best as possible.

Well, the photos tell the rest of the story, as it may fit a little tighter, but my hat was restored to its nearly pristine condition.

I as well as my colleagues can’t believe that the hat looks as good as it does, with being in the cistern in the harsh Judean wilderness for 8 months.

Thank you for making such a great product. This is one hat, I will always treasure. 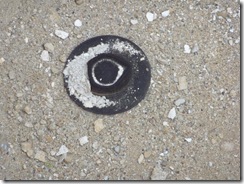 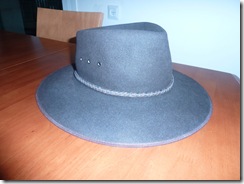 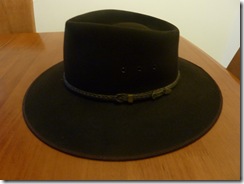 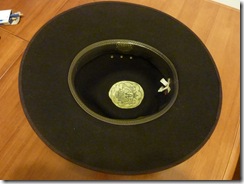 Thanks for a wonderful story. Akubra always holds up in a pinch.

As the popularity in hats increases, several generations of men are now confused on how to properly wear, and, just as importantly, not wear, a hat.

A hat should be removed when inside, except for public areas such as lobbies, corridors and non-residential elevators. When a lady is present in an elevator, the hat must be removed.

A hat must be removed for the National Anthem, passing of the Flag and funeral processions, outdoor weddings, dedications, and photographs.

It is acceptable for women to wear hats in Christian churches, (it was once required, but the custom has all but disappeared) but disrespectful for men to wear them.

Never hold the hat so that the lining is visible.

Tip your hat by lifting it slightly off of your forehead. You should tip it when meeting a lady or to say to anyone, male or female: thank you, excuse me, hello, goodbye, you’re welcome or how do you do. Tipping the hat is a gesture of politeness.

I’d like to add one more suggestion. If you are unsure of the situation, display your gentlemanly manners by removing your hat. No one will ever be displeased by a sign of respect.