John Leonetti stopped by the store just after Christmas to introduce his friend, Paul Johnson.  Along with Will Morgan, they examined and photographed several of David’s whips. 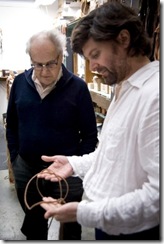 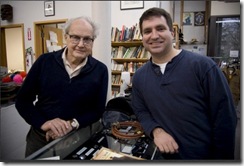 Below are some photographs from David’s collection.  (Some photos courtesy of John Leonetti) 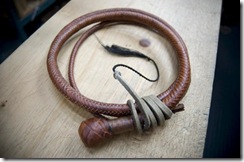 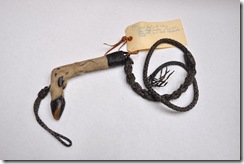 Deer Hoof with thong from Beau Hickory, made in the 1970s. 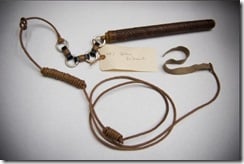 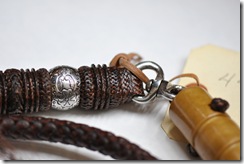 On Sunday, Will, John and Paul spent the day cracking whips at the SANCA facilities with BWAHAHA (The Barton-Wright Applied Hopology And Historical Antagonistics League). 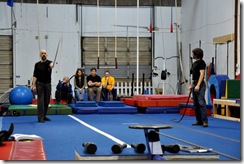 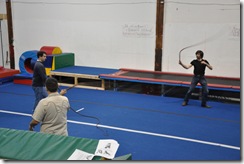