Our Willie Creek jewelry is based on a painting by Arkeria Rose Armstrong. Arkeria is an artist from Gamilaraay, (an area in New South Wales and Southern Queensland.) She was born in Ceduna, South Australia in 1988.

Art has always been a part of Arkeria’s life. Her middle name comes from her late grandmother Rose Fernando. Rose was a Gamilaraay Elder and one of the last sand painters in northern New South Wales and her special nickname for Arkeria was “Lilly-Rose”. She had a significant influence on Arkeria, both in her daily life and now years later in her art.

Arkeria credits her grandmother and her mother for encouraging her to develop a strong connection to culture and a strong personal identity. From the age of 7 to 18 years Arkeria travelled and lived in outback Australia with her family due to her father’s job as a gold prospector. “Having the time to learn in quiet spaces in some of Australia’s most picturesque country was a blessing”, Arkeria says of the experience.

Painting with acrylic allows Arkeria to use a range of colours which represents her country, the stories and the knowledge. Her grandfather, Don Briggs, a Yorta Yorta Elder is another person who strongly influences her. Don is also an artist and he has taken on a mentoring role with her as well as supporting her to have confidence to paint “her way”. 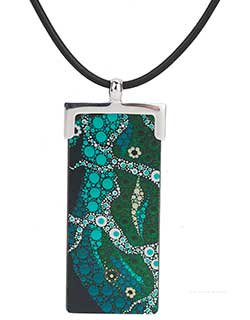 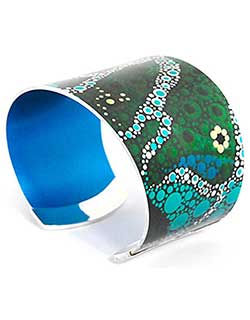 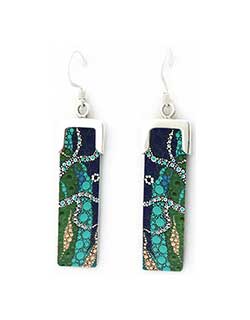