We will often get requests for hat color descriptions. This is understandable because a picture does not always capture an item’s true color. While we can do our best to match a catalog photograph with an item, it is much more difficult on a computer screen. With monitors, each person has a slightly different setting.

Also, a hat color can look much different depending on the type of light. A hat under fluorescents will bring out different colors than sunlight.

With those caveats in mind, we’d like to show you the difference between the Bushman’s Nullarbor Tan.

This is the standard photograph that you’ll find on the David Morgan website: 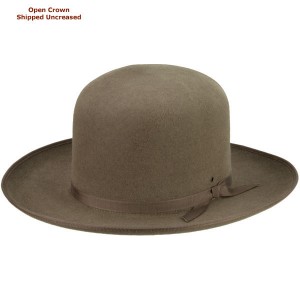 And this is the color when outside on a clear, sunny day. 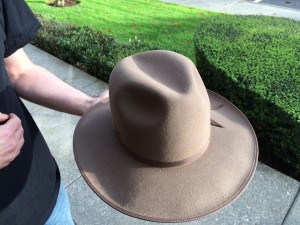 There are many variables with hat color. Just one more factor to look at when choosing a hat.

St. Dwynwen is the patron saint of lovers. Her feast day is January 25, “Dydd Santes Dwynwen”. If you are Welsh, or the one you love is Welsh, January 25 is an opportunity to express your affection and say “Dwy’n dy garu di”.

Dwynwen was a daughter of the 5th Century saint Brychan Brycheiniog. She fell in love with Maelon Dafodrill, but displeased him when she rejected his sexual advances prior to marriage. She prayed to God for deliverance from her situation, and was given a sweet drink which released her from her heartache. The same drink was given to Maelon, who was turned to ice. Again she prayed, and was given three wishes, the first that Maelon should be unfrozen, the second that she should never again desire marriage, and the third that God should answer all requests by her on the behalf of lovers.

She became a nun, and founded a convent at Llandwyn, on an island just off Anglesey. A freshwater spring there, Ffynnon Dwynwen, has become a place of pilgrimage, not only for lovers, but also for those seeking her help in healing sick and distressed animals.