Our line of underwear from Stanfield’s dates back to a time when they were made by Nova Scotia Textiles. The common name for the woolens was black underwear because of the dark color of the wool used. Nova Scotia Textiles made them with 100% wool. You might think that adding the nylon was a step backwards, but the 20% nylon combination makes them machine washable and allows the user to tumble dry (under low heat) the underwear. With 100% wool, the underwear needed to be placed flat on a table to air dry.

Nova Scotia Textiles is an old-line Canadian company, incorporated by two Nova Scotia Scots in 1883 on the basis of a business founded in 1868. It is still a family corporation, maintaining an on-going reputation as a manufacturer of top quality, basic knitted fleecewear and underwear.

Here is a photo from that catalog: 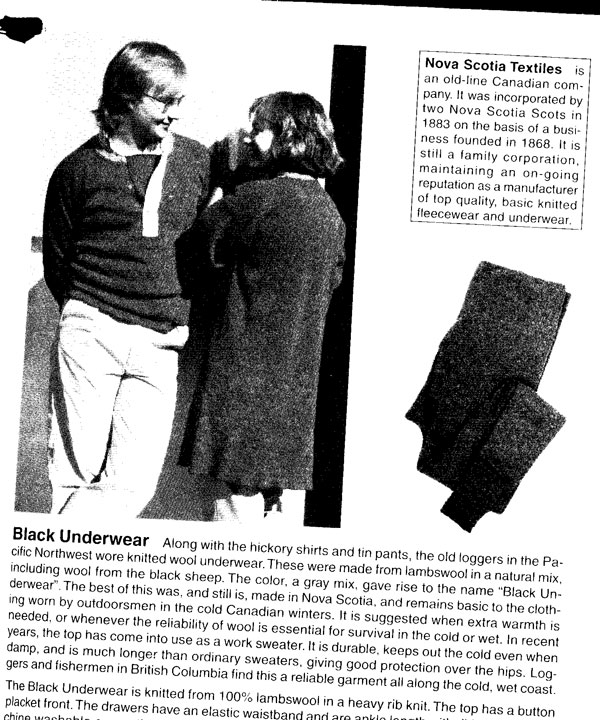 When Nova Scotia Textiles closed down in 2005, the building was left empty. Unfortunately, there hasn’t been any new tenants. Attempts were made to refurbish the building for condos, but the plans fell through. Let’s hope the 130 year old building finds a new owner!

You can get a glimpse inside the building with this YouTube video by Terra Spencer. Enjoy!

Discover the Warmth of Wool