This jewelry, designed by Paul Wagner, is inspired by the Northwest coast. The pieces shown here will bring back memories to all who have lived in or visited the area. The jewelry pieces are sterling silver or 14 kt. gold lost waxed castings, made in the USA.

In this series Paul Wagner has portrayed the changing patterns of the year in the Northwest with a different moon pendant for each month. Each pendant is sterling silver, about 3/4 inch in diameter, with a 20 inch sterling chain. The pendants are double sided, with a complimentary design on the back. The pendants are also available in 14 kt. gold. The Moon Earrings go well with any of the Moon Pendants.

January Moon — The Moon over Sleeping Giants
Winter is the time for peaceful reflection. January’s moon has been called the quiet moon, the snow moon, the cold moon, moon of little winter and the serenity moon. Serenity comes to the mountains in winter. Blankets of snow, bathed in moonlight. The mountains themselves slumber in their own geologic winter, hibernating between volcanic eruptions. The quiet of this season is merely a moment in time. This time of rest and serenity provides the potential for new things to arise.

February Moon — The Moon of Storms
February’s moon is known as the ice moon, snow moon, storm moon, the wild moon, the moon of big winter and the hunger moon. It is a time when nature shows us her raw power. Storms can feel like living things: a wild beast of wind and weather, a hungry dragon. As fierce as these monsters can be, they test us, strengthen us and remind us of our place in the world.

March Moon — Raven’s Moon of Renewal.
In March, there is a change in the air. You can sense winter ending and new life coming. Traditional names for the full moon of March include sap moon, moon of winds, seed moon, crow moon and renewal moon. Crow’s larger cousin, Raven, embodies the magic of change and creation in many Northwest legends. Raven brought the sun to the sky, changing night to day. He brought the first people into the world by freeing them from a clamshell. The March moon tells us that change is in the wind and the new life will soon be set free.

April Moon — Seed Planting Moon
By April, winter has given way to spring and this moon shines down on an earth that is alive with a new season. It has been called moon of budding trees, egg moon, planting moon, falcon moon and hawk moon. Sometimes considered the first moon of the earth’s year, April’s moon starts new things. Plants show new life, reminding us to plant our own seeds for the future. Look forward and let your plans take shape. This is the time to put things into motion.

May Moon — Moon of Frogs Returning
Names for the moon of May include: flowering moon, joy moon, hare moon and frogs returning moon. In May, spring rains wash the ground and bring vivid evidence of life. Frogs live in the margins between water and land, closely tied to the annual cycle of water. Ancient stories tell how the frogs call can even cause rain to fall. The change from tadpole to frog is one of the many transformations in life’s cycles and a reminder of the magic in water and earth.

June Moon — Strong Sun Moon
In June, the month of solstice, spring shifts to summer. The days are the longest of the year and the sun is at its strongest place in the sky. We celebrate the sun’s warmth and enjoy the ripening of spring’s growth. Names for this month’s moon, such as flower moon, rose moon and strawberry moon, remind us of the sun’s gifts. June’s moon travels across the sky in a low arc close the horizon, seeming to give way to the sun. The moon is but the reflection of the sun’s brilliant fire.

July Moon — Moon of Deep Waters
July’s moon has been called thunder moon, hay moon, meadow moon, blessing moon, fallow moon, buck moon, and the moon of claiming. Summer is the season of the water element when the waters are most welcoming to us: warm and inviting. The moon is a fundamental force on the seas, as it influences the tides. The whale best represents the vastness of the deep ocean. The sound of a whale’s breath carried across the waves reminds us of the deep connection we all have to the sea and the way it claims us.

August Moon — Salmon Coming Home Moon
Many names for the August moon are related to the harvest: i.e.. corn moon, harvest moon, barley vegetation, sturgeon moon, and the moon when cherries turn black. It is also known as the dispute moon. In the Northwest, an important part of the harvest is fishing. At this time, the salmon begin to return home, coming full circle in their eternal cycle of migration. It is a time when things come to fruition and a time to take sock of nature’s bounty.

September Moon — Turtle Moon
September’s moon marks the beginning of autumn. Traditional names reflect this, including harvest moon, hunter’s moon, wine, singing, wood moon, and moon when deer paw the earth. Fall is the season most closely associated with the element of earth. The turtle is an ancient symbol of the earth and appears in many creation stories. Some tell of the turtle carrying the earth on his back through the heavens. As autumn approaches, we feel closer to the earth, caught between the activity of the harvest and the quiet of the winter.

October Moon — Bear Foraging Moon
October’s moon is known as the blood moon, hunters moon, harvest, vintage, shedding, falling leaf, winter coming, ten colds, and the moon of the changing seasons. At this time, the changing season is so distinct. The wind carries a different feel with a cool, more forceful edge. Plants go dormant, and animals prepare for the coming winter. The bear prepares for a long winter’s sleep, building energy reserves from the earth’s bounty for the times ahead. This is time to gather up your resources and make ready.

November Moon – Fog Woman’s Moon
The days continue to darken and shorten in November. This dramatic moon has been called dark moon, fog moon, snow moon, mad moon, sacrifice moon, mourning moon and the moon when deer shed antlers. In Northwest legends, Fog Woman controls the fog by using a magical hat. She reminds us that our vision is sometimes obscured and to look twice for the truth. In these cold winter nights as smoke curls from chimneys, we see our breath in the air and watch the moon dance among wispy clouds. We give thanks for warmth.

December Moon — Moon of Long Nights
December’s moon has been called cold moon, oak moon, wolf moon, big winter and moon of popping trees. This is a time of long dark cold nights and we begin to wonder if we will ever feel the warmth of the sun again. Throughout history, people have celebrated in the depths of winter, to remind themselves that in the midst of darkness there is hope and light. The clear crisp sparkling skies, show us a “silver lining” in these longest nights and give us a beacon on which to tie our hopes and dreams.

Please follow the links below to learn more about the jewelry we offer and other related items and information.

Indian Jewelry of the Pacific Northwest

Jewelry from the Pacific Northwest 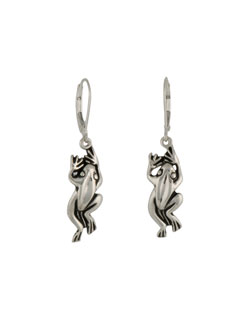 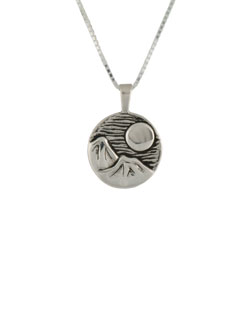 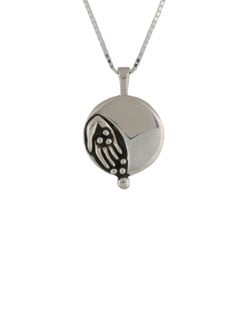 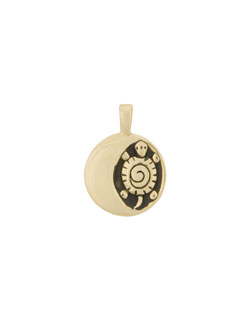 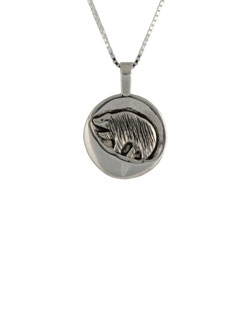 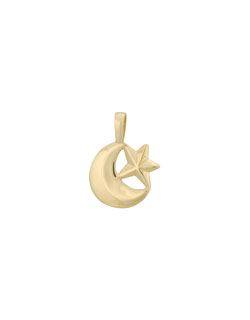