Qiviut — Wonder Wool from the Arctic

Qiviut (pronounced “kiv-ee-ute”) is the warm, soft under-fur of the musk ox, the warmest softest wool known. The qiviut we offer here is handknitted into scarves and caps by the Eskimo women of the Oomingmak Musk Ox Producers’ Co-operative.

Supply of these marvelous goods became a possibility only when John Teal in 1964 started the Musk Ox Project to bring together re-establishment of the musk ox in Alaska and relief from abject poverty for the Eskimo in the outlying coastal villages. A domestic herd of musk oxen was established, from which the qiviut could be combed each spring for spinning into yarn. Today knitting qiviut is a culture-friendly source of cash income for the coastal villagers, supplying a unique product from a growing arctic resource. We at David Morgan are pleased to be selected as the first of the mail order companies in the lower forty eight to be able to offer this outstanding product.

Unlike most wools, qiviut is not scratchy and will not shrink in any temperature of water. Hand wash in any mild detergent and dry flat for years of use and enjoyment.

Musk oxen, circumpolar in distribution during the last ice age, became extinct in the arctic regions of Russia and Scandinavia, and were exterminated by hunting in Alaska in the late 1800s. By the early 1900s only scattered populations remained in the Canadian arctic and in eastern Greenland. The few musk oxen left in Canada were given protection in 1917.

In 1934 the United States brought a small group of musk oxen to Alaska from Greenland to form an experimental domestic herd. From this start animals were released on Nunavik Island as a free-ranging population. This transplant was very successful, and supplied stock to establish populations elsewhere in Alaska, Norway, and Russia.

Stocks in Canada have increased, and the range extended with transplanted populations in Quebec and animals moving in from Alaska. In selected areas the numbers are sufficient to allow controlled subsistence hunting by the native peoples, helping them maintain a healthy life and culture. Wool taken from the wild musk oxen is now able to supplement the wool from the domestic animals in small but potentially increasing amounts.

The native term for musk ox is Oomingmak, which means bearded one, or hairy one.

May we also suggest?

Our possum/Merino woolens from Lothlorian Knitwear in New Zealand are also extremely soft yet durable. These unique woolens, like the Qiviut products, will give years of enjoyment. 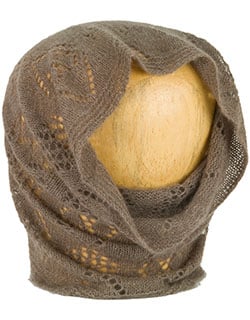 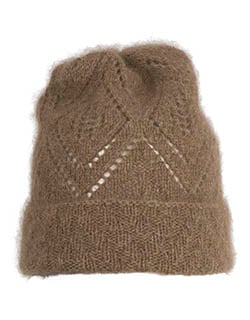 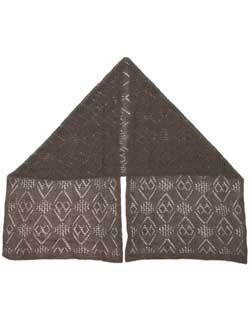