Opals have had a long history and were valued throughout the Roman Empire and the Far East. Opal was mined in India, Czechoslovakia, and Mexico, but until the Australian opal fields were discovered in the mid to late 1800’s precious opal was very rare. As the Australian opal became recognized and appreciated for its variety and quality, it developed an expanded and sophisticated market enjoying its subtle display of color. Opal is the birthstone for October.

Opal is an unusual mineral, formed by the deposition of silica from a water solution. The silica is hydrated, and formed in spheres of variable diameter. The water content ranges up to about 10%. The color in opal is not caused by other material in the opal as inclusions or solutions, but rather by diffraction of light by arrays of the silica spheres. The extent and disposition of these arrays and the size of the silica spheres determine the colors and play of color in an opal.

Opals are presented in three main fashions, as solid opal, as opal with a natural or attached dark background enhancing the colors, or a triplet, a thin slice of opal between a dark base and a clear silica top. All are polished as cabochons, which are not faceted but have a smooth rounded shape so that the full range of the changing play of colors can be seen as the opal is viewed at different angles.

Over 90% of the world’s opal is produced in Australia, coming from such well known places as Coober Pedy and Lightning Ridge.

We offer an opal as a triplet on the band of Akubra’s Lightning Ridge hat in the Heritage Collection.

A mild, soapy, lukewarm water solution and a very soft brush may be used to clean jewelry set with solid opals. 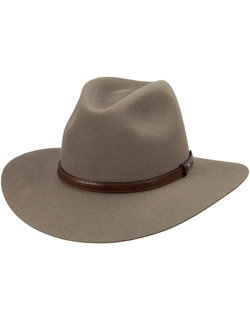 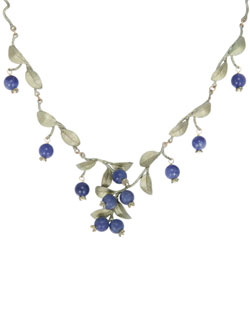